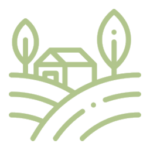 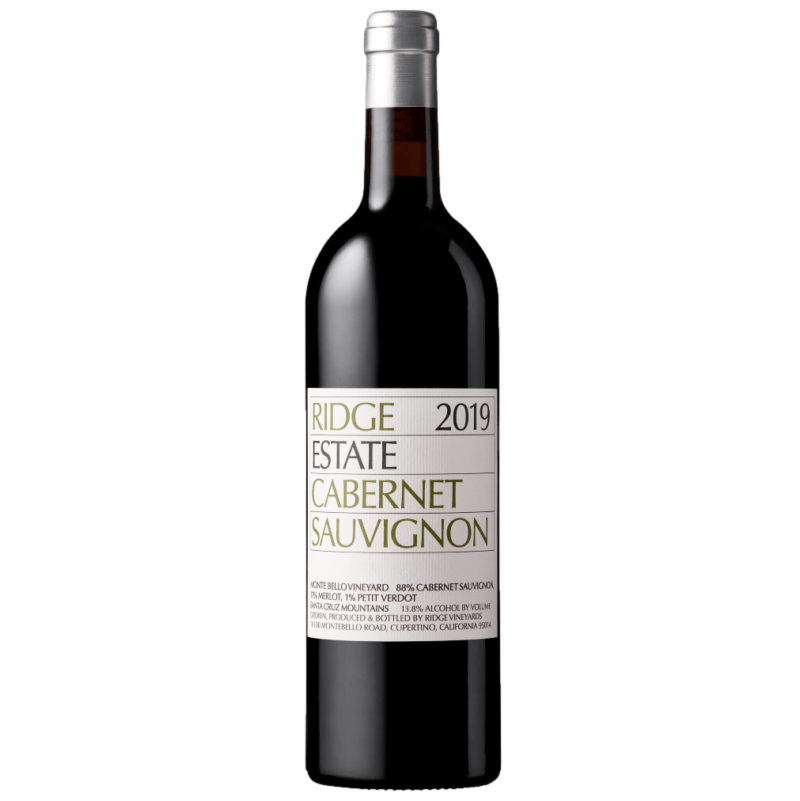 (price per 750ml bottle) - sold in cases of 6 bottles
In stock. Available for purchase online by the unmixed case.

The limestone ridge that is Monte Bello Vineyard in the Santa Cruz Mountains was first planted by Italian immigrants in 1886. The first vintage was produced in 1892. Today, it produces one of California’s most distinct and collectable wines, Ridge Monte Bello, and its able lieutenant, Ridge Estate Cabernet Sauvignon. The Estate Cabernet (called the “Santa Cruz Mountains” Cabernet until the 2008 vintage) is produced from a number of vineyard blocks that consistently yield a more accessible wine that develops its full complexity earlier than the namesake Monte Bello.

Fruit was hand-harvested, de-stemmed, and sorted. Lots entirely composed of whole berries were fermented by native yeast and pressed at six days. (The winery reduced whole berry fermentation time to accommodate the fast-paced harvest, but colour  and tannin extraction were not compromised.) Malolactic fermentation occurred naturally. After tasting, the most approachable lots were selected at assemblage. The wine was then aged in American oak (70% new, 30% used) and bottled following 22 months maturation, once the tannins had softened. In keeping with the winery’s minimal intervention philosophy, the wine was handled, fined, and filtered as little as possible.

On the nose, you’ll find notes of blackcurrant, cherries, clove spice, toasted oak, and cocoa. The palate has a ripe bramble fruit entry, medium-full body, supple tannins, and sweet oak. A firm acidity persists through the long, intense finish. It will show well over the next ten years.

“The 2019 Cabernet Sauvignon Estate comes from the estate Monte Bello Vineyard on the eastern side of the Santa Cruz Mountains and is 88% Cabernet Sauvignon, 11% Merlot, and 1% Petit Verdot. Hitting 13.8% alcohol, its deep ruby/purple color is followed by a brilliant perfume of blue fruits, scorched earth, tobacco leaf, and lead pencil. Beautifully balanced and medium to full-bodied, with building tannins, it’s a seamless Cabernet Sauvignon that has some up-front appeal given its balance and elegance yet will benefit from 2-5 years of bottle age and, I suspect, have 20+ years of overall longevity.” 94+ points, Jeb Dunnuck, August 2022