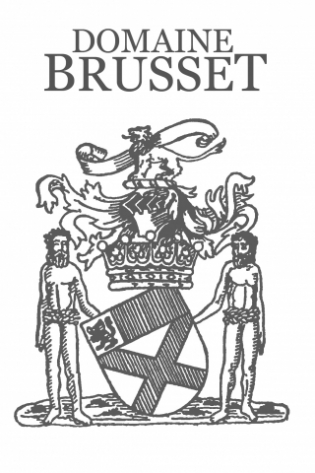 In 1947, with his reputation firmly established in Cairanne, Daniel Brusset’s father followed his vision to develop vineyards on Les-Hauts-de-Montmirail. By 1971, when Gigondas was elevated from Côtes du Rhône Villages-Gigondas to its own AOC, Brusset was already one of the region’s best producers. The family had taken a risk and invested heavily in what they perceived as excellent rugged mountain land, ignored by neighbours who preferred easier, flatter terrain.

Today, Brusset is the owner of some of the most spectacular terraced vineyards in Gigondas, all on the formidable Dentelles, the sharp fingers of rock behind the village of Gigondas. The family is committed to preserving this biosphere, having recently obtained the Level 3 High Value Environmental Certification from the French Ministry of Agriculture. For over 15 years, the vineyards have been seeded with organic cover crops. The wines receive no inputs whatsoever during vinification, with the exception of a minuscule dose of sulphur at bottling. Old vines, low yields, meticulous and environmentally-conscious viticulture, and low-intervention vinification along with the skillful use of some new oak produce wines of remarkable quality and character.

“Outside of Châteauneuf du Pape, Gigondas is the leading appellation in the Southern Rhône. Created in 1971 and sitting at the base of the limestone cliffs known as the Dentelles de Montmirail, this is a large appellation that covers over 2,500 acres with a mix of vineyards spread from the higher altitude, cooler limestone soils at the base of the cliffs, to the gradual slope stretching out from the village towards the L’Ouveze river. In general, this is a cooler appellation, with harvest running upwards of 1-2 weeks later than Châteauneuf du Pape and the warmer appellations of Vacqueyras, Rasteau and Cairanne. The classic wines from this region show lots of savoury, cedar, spice and dried garrigue to go with a structured, tannic feel on the palate. Aging potential for the top cuvées will easily rival that of any region in the Southern Rhône, with most having an easy 15 years or more of longevity. Prices for the top cuvées have come up to match the quality, yet for most cuvées, these remain reasonably priced. This appellation did well in both 2012 and 2013.”
– Jeb Dunnuck, January 2015