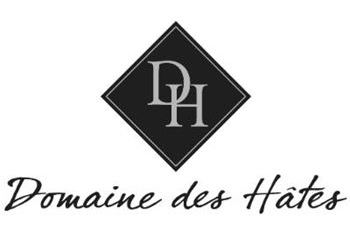 Pierrick Laroche is the energetic (and very talented) young winemaker behind Domaine des Hâtes. He independently manages his vineyards, large holdings in Petit Chablis, 12 hectares in Chablis, and a hectare in the heart of Maligny’s Premier Cru Homme Mort, with great attention to detail. In 2009, Pierrick eliminated pesticides and herbicides; since then, he opted to work the soil as little as possible. He is intensely pleased with the results – the fruit is superb. A walk through the winery reveals the same care: a top-notch German press, thoughtful design that utilizes gravity over pumps, a cellar dug deep into the property’s hillside.

Pierrick argues that the soil where his vines grow are under-rated by the region’s governing body. While authorities claim that his Petit Chablis sites tend toward young Portlandian limestone (over ancient Kimmeridgian limestone found at top-tier sites), even Pierrick’s Petit Chablis is undeniably mineral-driven. This distinct minerality runs through all of the Domaine’s wines, Petit Chablis, Chablis, and Premier Cru. All are fermented in stainless steel, all go through full malolactic fermentation, and all rest on lees through élevage.

As a newcomer, a significant portion of Pierrick’s crop is sold to négociants. For the time being, this assures a steady flow of income as his reputation builds. That reputation is undeniably promising, but Pierrick’s philosophy is grounded in slow-growth. There’s not need to rush ahead. France’s Guide Hachette awarded the first vintage, 2010, with a top-billed three-star rating. British MW Rosemary George “discovered” him shortly afterward, shining a spotlight on Domaine des Hâtes first offerings. Quite the debut for a new-kid-on-the-block, and just a taste of things to come. In 2021, Pierrick Laroche was awarded the Young Talents Trophy for the quality of the winemaker and the excellence of his 2019 wines.