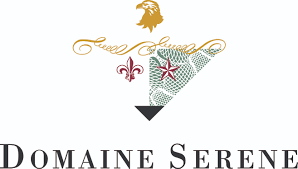 “One impenetrably foggy Oregon afternoon in December 1989, a real-estate broker took Grace and Ken Evenstad to view a 42-acre estate they were hoping to buy in the Red Hills of Dundee. Driving on the road was like flying an airplane through a cloud. The Evenstads couldn’t see the cars beside them, much less the contours of the land. They didn’t realize that the recently logged hillsides had been left with unsightly stumps, rocks, and branches, nor could they see the privileged position the property enjoyed atop the Red Hills, up a slope from Domaine Drouhin. The agent told us, ‘Too bad it’s so foggy, there’s a terrific view,’” Grace recalls. “But we just thought, ‘Oh, they always say that.’” The couple agreed to purchase the land basically sight unseen, providing that a soil sample showed that Pinot Noir could thrive there. It did. […] From the same hilltop on this clear summer morning, the majesty of Mount Hood and Mount Adams are visible. It’s a special location, befitting a true Oregon grand cru. From 1998 to 2006, Domaine Serene, named for the couple’s daughter, produced more than two dozen wines scoring 90 points or higher on Wine Spectator‘s 100-point scale, making it one of Oregon’s top wineries. Its single-vineyard Pinots were selling for $75 a bottle, the price of quality Burgundy. Beyond that, by a combination of ambition, dedication and investment, the Evenstads have helped lift the image of the Oregon wine industry. ‘They raised the bar on what could be done in Oregon, on what people were willing to do.'”
– Bruce Schoenfeld on Domaine Serene, Wine Spectator, April 2007