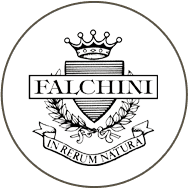 The late Riccardo Falchini was one of Italy’s most respected winemakers. His wines were truly world-class. Mr. Falchini passed away in 2010 at the age of 75, but his estate continues to produce the region’s finest Vernaccia di San Gimignano wines, top Chianti Colli Senesi and gold medal winning Sangiovese and Cabernet “Super Tuscans”.

Falchini’s first vineyard was planted in 1968 near San Gimignano, “City of the Beautiful Towers”, one of the most enchanting cities in Tuscany. The vines here grow in some of the most favourable soil in the area. Today, the estate boasts a marriage of fine equipment and classic technique. Falchini’s cellar is at the forefront of experience and experimentation.

Falchini is a member of the Titolati (“The Selected”), an association of enlightened producers that adhere to stringent standards in the best vineyards and demanding norms of vinification that will produce wines of the highest quality. Falchini has won innumerable awards and commendations for their wines. His sons Michael and Christopher now carry on their father’s legacy.