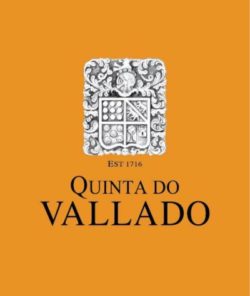 Built in 1716, Quinta do Vallado is one of the oldest and most famous “quintas” in the Douro Valley. It is located on the banks of the Corgo River, a tributary of the Douro River, right next to its mouth and close to the town of Peso da Régua.

It belonged to the legendary Dona Antonia Adelaide Ferreira, better known as Ferreirinha, famous for her leadership in the production of Port wine, her devotion to her workers, and the winemaking innovations and techniques she introduced to Portugal. After the passing of her first husband, Ferreira became the family estate executive. Quinta do Vallado to this day remains in the hands of the female pioneer’s great-great-great grandsons: João Ferreira Álvares Ribeiro (CEO), Francisco Ferreira (Board member, Agricultural management, Winemaking and Production), and Francisco Olazábal (Winemaker).

Quinta do Vallado’s 65 hectares of vineyard is planted on southwest slopes of schist soil, with altitudes ranging between 80 and 400 meters. 10 hectares are comprised of old vineyards planted between the 1920s and 1950s. As was the customary practice in that time, a large number of different varieties were planted in the same plot, producing what is called a “field blend”. The average production in the old vineyards of Quinta do Vallado is about 500 grams per plant. In comparison, a plant in a mature vine with about 20 years of age produces about 1.5 kilograms per plant.