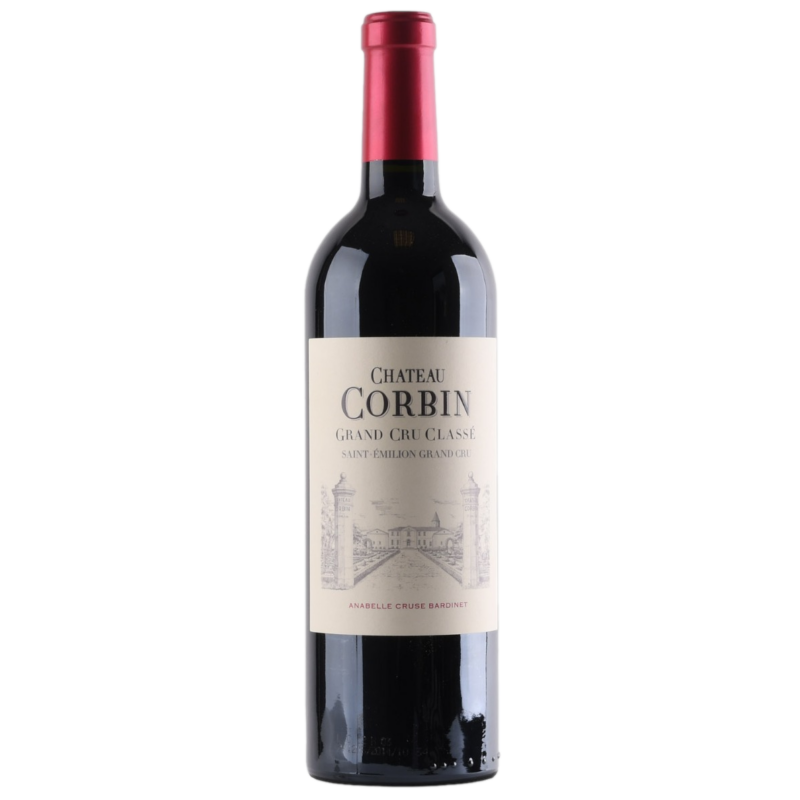 (price per 750ml bottle) - sold in cases of 12 bottles
Temporarily low in stock or limited availability. Please add to your cart and proceed to checkout. Your order will be submitted as an order request. Our team will follow up with availability details. No payment is required.

Château Corbin is one of the oldest estates in Saint-Émilion. The foundations of the Château date back to the 15th century when (according to legend) the site was the centre of a stronghold that belonged to the Black Prince, an exceptional English military leader who launched successful campaigns into France.

The estate as it stands today was built in the 19th century. Corbin was purchased in 1924 by the great-grandparents of the current owners. Since 1999, the estate has been managed by Anabelle Cruse-Bardinet, an enologist who represents the 4th generation of the family.

The Corbin vineyards border the Pomeral appellation, stretching over 32 contiguous acres. The terroir here covers two of Saint-Émilion’s distinct soil types: dense clay, which produces wines of power; and iron-clay layered under ancient sandy soil, which produces subtler, gentler wines. The plantings, 80% Merlot and 20% Cabernet Franc, are tended using environmentally-friendly practices. Yields are kept low, and only  fruit from the best plots and the oldest vines are used to make Château Corbin.

Grapes are hand-harvested plot-by-plot and sorted three times. De-stemmed berries are vinified by plot in concrete vats, macerated on skins for three to four weeks, then aged in French oak barrels for 16 to 17 months.

“A blend of 90% Merlot and 10% Cabernet Franc aged for 18 months in barrels, 40% new, the 2015 Corbin is medium garnet-purple colored with cigar box and spice box notions accenting the core of red and black plums, blackberry preserves and earthy layers plus a hint of lavender. The palate is medium to full-bodied, firm, elegant and well balanced with grainy tannins, finishing lively and long.” 92 points, Wine Advocate, February 2018