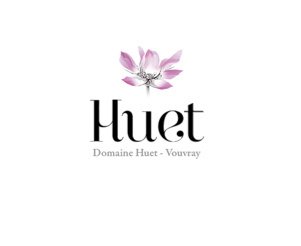 Founded in 1928, the Huet estate now covers 35 hectares divided between three properties: Le Haut-Lieu, Le Mont, and Le Clos du Bourg. 15% of vines are between one and ten years old, 35% of vines are between ten and 30 years old and half are between 30 and 50 years old. Following the passing of second-generation owner Gaston Huet in 2002, day-to-day operations were under the full control of his son-in-law, Noël Pinguet, with whom he had worked hand-in-hand since 1971. That year, Anthony Hwang, a Filipino-born New York businessman, was brought into the partnership. Mr. Hwang and Mr. Pinguet continued to carry on Mr. Huet’s legacy until 2012 when Mr. Pinguet retired. Today, the winemaking and vineyard duties belong to Benjamin Joliveau, a Vouvray native who has trained closely with previous winemaker Jean-Bernard Berthomé as well as Noël Pinguet.

Perhaps the most respected name in Vouvray, Domaine Huet has been making wine of the highest quality for almost a century. Sweet or dry, still or sparkling, botrytis-affected or not, Chenin Blanc from Huet ages phenomenally.

The Huet vineyards have been managed biodynamically since 1990. It is an approach that recognizes the vineyard ecosystem in its widest sense as a complete system – the parent rock, workable land, plants, and wildlife:
Le Mont is an eight hectare estate that borders the slopes of the Loire Valley. The soil is very pebbly, and consists mainly of green clay and silica. The wines produced are elegant and feminine.
Le Haut Lieu estate covers nine hectares, with very deep clay-limestone soil, predominantly brown clay, along with calcareous and silica-based soils. This rather heavy soil generally produces supple wines.
Le Clos du Bourg is a six hectare ‘Clos’, an enclosed vineyard surrounded by stone walls. It is located on the first slopes above the church in Vouvray, where it captures warmth from the sun and is protected from wine. (In the seventh century, this was a fiefdom owned by the Saint Martin collegiate church in Tours.) The rather thin soil, only about one metre deep, lies in direct contact with the non-active limestone subsoil. Le Clos du Bourg produces a powerful and well-structured wine.

“Cheap Vouvray may be one of the nastiest of wines – equal and unresolved parts acid, sugar and sulphur – but Huet Vouvrays can be some of the greatest wines in the world. […] Classic Huet winemaking is the antithesis of, say, Chardonnay vinification. The last grapes may not be picked before November, ideally shrivelled to super-sweet raisins (Pinguet prefers shrivelling to noble rot for sweet Chenin). The wines never see new wood but are fermented slowly in cellars that are by then pretty chilly. The second, softening malolactic fermentation is avoided at all costs and the wines put into bottle early, with eye-watering acidity, to do most of their maturing in glass. The acid level is more or less the same in all bottlings, but the amount of sugar in the grapes, and resulting wines, can vary enormously according to the growing season. There are four basic styles of still wine, as well as some stunning gentle fizz labelled Perlant or Pétillant that is one of the all-time great contributions to the canon of sparkling wine, the honey and apples character of Chenin producing something quite distinct from Champagne. Sec has residual sugar of 6-7 g/l. Most dry white wines have a sugar level under 2 g/l but, according to Pinguet, a Vouvray this dry ‘would be horrid for the first 20 years’. Demi-Sec Vouvray is one of my favourite styles. The sugar level is typically 20-25 g/l but all the acidity makes the wine taste just off dry. These sort of wines, preferably with a bit of age, can be a beautiful match with creamy, savoury sauces. Then there is full-on sweet Moelleux (literally ‘like marrow’, pronounced ‘mwah-lurr’) with between 40 and 60 g/l of sugar and then, occasionally, an even sweeter Première Trie wine is made from the very ripest grapes.”
– Jancis Robinson, August 2013