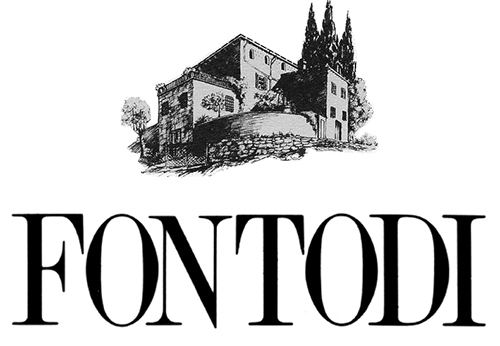 Purchased by Dino Manetti in 1968, the Fontodi estate contains vineyards that have been in production since the time of the Roman Empire. It is located in the heart of Chianti Classico in the Conca d’Oro, or “Golden Shell”, a valley directly south of the town of Panzano. This remarkable amphitheatre-shaped landscape combines  a high-altitude location with calcareous clay-schist soil and a truly remarkable micro-climate; generally, it is warm and dry with a marked difference between day and night-time temperatures.

In 1979, Giovanni Manetti, Dino’s young son, joined the family business. Esteemed winemaker Franco Barnabei was hired as a consultant. Together they have transformed Fontodi, modifying and improving the estate and the portfolio of wines, some of Tuscany’s best.

Fontodi is a Certified Organic estate that extends over 130 hectares. Only 70 acres are planted to vines. Giovanni is a fierce proponent of the integrity of the Sangiovese grape, earnestly increasing the proportion of Sangiovese to Cabernet Sauvignon in his wines as his vines age. Since 1981, his Flaccianello has been made entirely of Sangiovese. The agricultural practices respect nature and are mindful of vineyard sustainability. In this healthy vineyard, grapes produce wines that are better, purer and a more true expression of terroir.

“Thanks to the softly rolling hills that enclose the area of Panzano, the increased luminosity, and the amphitheater of vineyards known as the Conca d’Oro (or “golden basin”), Panzano has deservedly earned right of recognition. I would argue that it has done more than the other township when it comes to defining its unique geographic wine identity. […] Among the many excellent estates located in Panzano is Fontodi, one of the finest wine estates in the world.”
– Monica Larner on Fontodi, Robert Parker’s Wine Advocate, April 2017

“Giovanni Manetti and Fontodi represent the pinnacle of quality that can be achieved in this part of Tuscany. That he has become a symbolic head of the region only brings more prestige and pedigree to an appellation that demands our highest respect and admiration.”
– Monica Larner on Fontodi, Robert Parker’s Wine Advocate, October 2018